Co-owner of Intention Films and Media, LLC, an independent film company based in Nassau County, Debra Markowitz created and served as the Director of the Nassau County Film Office. In this capacity, Ms. Markowitz presided over the Nassau County Film Commission, now known as the Nassau County Film Advisory Board and chaired as its Executive Director. She began when studios were a dream, and left with three-fully functioning NYS approved soundstages and a forth on the way. John Marean, co-owner of Intention Films and Media, graduated with his MFA in Technical Design and Production from the Yale School of Drama. He started his career as the Technical Director of the Hudson Guild Theater, then became Production Manager of Playwrights’ Horizons/Scenic Central and built sets for Nickelodeon, as well as many other Broadway, off-Broadway, television and feature film productions. Carol Hoenig is a multi-award winning novelist but we’ll be discussing filmmaking with Debra and John, and her latest book, The Greatest Reviews I’ve Ever Read, where Carol interviewed Emmy-Award winner and film critic John Barbour. Copies will be available for purchase from Theodore’s Books.

Carol Hoenig and Emmy-Award winner John Barbour will be signing copies of The Greatest Reviews I’ve Ever Read. (More details to come as they confirm.)

Whether you’re writing short stories for submission or working on that novel you’ve always wanted to finish, this hands-on workshop led by Carol Hoenig gives you the opportunity to get invaluable input in this six-week course. This confidence-building class offers solid advice on how to improve your structure, characterization, pacing, grammar, dramatic tension and voice. You’ll get the chance to read your pages aloud and exchange gentle critiques with fellow writers.  Call (516) 463-7200 for more information. 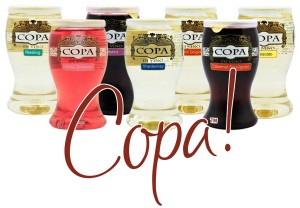 Carol’s Book Tour for OF LITTLE FAITH Will Be Sponsored by Copa Di Vino!

(You may have seen them on Shark Tank!)

Book launch for OF LITTLE FAITH! Open to the public.

Fountain Gallery is the premier venue in New York City representing artists with mental illness. Founded by Fountain House in 2000 as a not-for-profit exhibition space, the Gallery sells original artworks and collaborates with a wide network of artists, curators, and cultural institutions.

Embracing artists who are both emerging and established, trained and self-taught, Fountain Gallery cultivates artistic growth and makes a vital contribution to the New York arts community.

If you cannot make the book launch, be sure to stop by the gallery to check out Leonard Aschenbrand’s photographs on display from September 12- October 30, 2013.

More Than A Gallery. A Movement.

Join Carol as she celebrates the publication of her second novel, OF LITTLE FAITH, with family and friends.  Open to the public.

Join Carol as she celebrates the publication of her second novel, OF LITTLE FAITH, with family and friends. Open to the public.

Join Carol as she celebrates the publication of her second novel, OF LITTLE FAITH, with neighbors and friends! Open to the public.

G Gallery provides a relaxed environment to explore the works of local artists. They appreciate artwork from all creative media and are always looking for new ideas in art. They are happy to provide a space for discussions, lectures, and friendly events to address important social issues.

Artistic work in all forms is a backdrop for our open-minded meetings, poetry readings and movie nights. You can shop for unique artwork, original gifts, handcrafted jewelry and accessories while enjoying local artwork